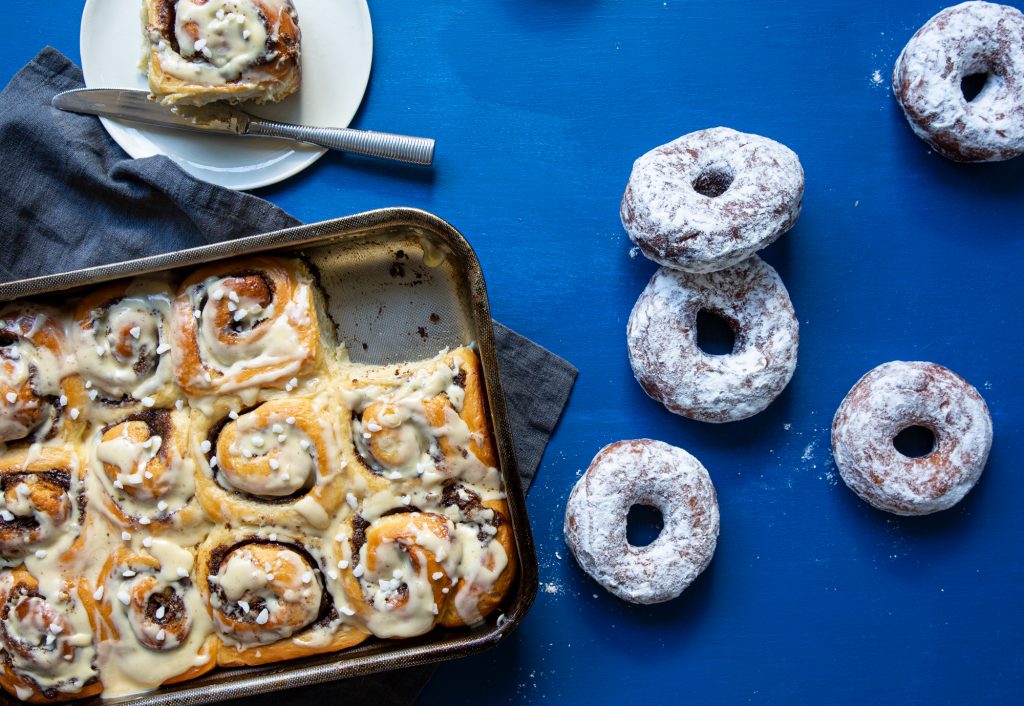 Posted at 14:47h in Uncategorized by admin

Along with flour and salt, sugar is one of those fundamental pantry staples that’s never too far from reach. Our first memories of cooking include measuring out a cup or two of sugar for a batch of biscuits or a celebratory cake, and checking to see if we have enough sugar is a customary part of writing any shopping list.

There are a wealth of sugars available, each of them with their own unique characteristics and cooking properties.

Which sugars are best for decorating? What’s the difference between brown and dark brown sugar? When should you reach for the muscovado sugar (and what exactly is it)? Our Essential Guide to Sugar has all the answers.

What is white sugar?
Sourced from either sugar cane or sugar beet, white sugar (also known as granulated sugar) has been processed to remove all of its molasses content, resulting in a dry, white semi-coarse grained sugar that is commonly used in baking, cooking and sugar work. If a recipe calls simply for ‘sugar’ without specifying the variety, this is generally the sugar to use. Also available as sugar cubes for use in coffee and tea.

What is caster sugar?
Caster sugar is simply a finer version of white sugar, making it easier to dissolve into batters and marinades, beat into eggs or butter, or melt into caramel. Where a recipe calls for white sugar, you can easily substitute caster sugar without making any alterations to the quantities.

What is golden caster sugar?
Having retained some of the molasses during the production process, golden caster sugar has, as its name suggests, a golden-brown hue. It adds a subtle caramel flavour, as well as sweetness, to dishes.

What is brown sugar?
Brown sugar has been less refined than the white sugars, its increased molasses content not only making it softer and more moist, but imbuing it with a caramel flavour. Perfect for not only biscuits and cakes, it makes a complex addition to sweetened sauces and marinades. Due to the increased hydration of brown sugar, it cannot easily be used as a substitute for caster or white sugar.

What is dark brown sugar?
Dark brown sugar has even more molasses retained during processing, amplifying the moisture and caramel flavour. As such, it’s often called for in recipes for Christmas pudding and other denser desserts.

What is muscovado sugar?
Available in light and dark varieties, muscovado sugar may look like brown sugar, but its production is quite different. Lime juice is added to sugar cane juice (to balance the pH), then the mix is cooked and evaporated until it reaches a sand-like consistency. The purity and complexity of muscovado sugar makes it a great seasoning for grilled fruit, topping for muesli, or basis for a sweet syrup to be added to rum-based cocktails.

What is palm sugar?
Produced using the sap of a broad variety of palms, palm sugar is commonly used in both savoury dishes and desserts throughout Asia and Africa. Available as both solid ‘bricks’ or softer ‘cakes’, and with a slightly floral flavour, it’s easily grated and incorporated into braises, marinades, sauces, glazes and desserts.

What is coconut sugar?
Similar to palm sugar, coconut sugar is produced from the sap of the coconut palm flower. Commonly seen in both sweet and savoury dishes throughout SouthEast Asia, particularly Indonesia.

What is demerara sugar?
A large-grained sugar with butterscotch notes, demerara sugar adds flavour and crunch to baked treats, and is considered by many to be the sugar of choice for a perfect sweetened coffee.

What is icing sugar?
Also known as powdered sugar, icing sugar is white sugar ground to a fine powder, making it perfect for dusting over pastries and desserts, or using as the base for icings. Icing sugar mixture (also known as confectioners sugar) is also commonly available, with up to 5% corn flour added to help thicken icings and batters.

What is snow sugar?
Even more finely-ground than icing sugar, snow sugar is a specialty decorating sugar that, when dusted on something damp or oily, won’t melt the way icing sugar does. Can even be sprinkled over whipped cream, custard, fruit sauces or ice cream without melting.

What is pearl sugar?
Most traditionally used in traditional Belgian waffles, pearl sugar (also known as ‘nib’ sugar) doesn’t melt into batters or doughs when cooked, giving your cakes, biscuits, muffins or waffles a sweet crunch.

What is maple sugar?
The crystallised form of maple syrup, maple sugar is a traditional North American sweetener. Purported to be lower in calories and higher in antioxidants than other sugars, it’s commonly used as a substitute for brown or palm sugars.

What are maple flakes?
Quality maple syrup is freeze-dried and broken into small, golden-coloured flakes that add sweetness and a smokey caramel note to desserts, cakes, pastries and confections.